SCULPTURE OF KAI WOLTER > INSTALLATION AT CRANBROOK MUSEUM OF ART

A major portion of Western science is devoted to the naming, ordering and classifying of things that have been discovered. Within this taxonomy there are structures that have been deemed strange, anomalous, or fantastic. These unfamiliar, sometimes frightening objects are put on display in curiosity cabinets and museums for the viewing public. The biomorphic and plant-like forms were created from an exploration of the exotic, curious and beautiful. In museums of science objects are contained and labeled so that they can be viewed and studied. Outside of their display, specimens may seem threatening, yet they are contained and separated from us so that they can be viewed in their entirety. This separation is also a method of controlling the things we deem bizarre. Though we usually are repulsed by things that we fear or find grotesque we are also curious and intrigued. We want to see them, but in a way that we can feel safe and apart. With the objects I have created I removed the barriers one encounters in a Natural History museum and give the objects a sense of being and place. Where they are is not clear except that they no longer act as specimens but as active participants in the world. 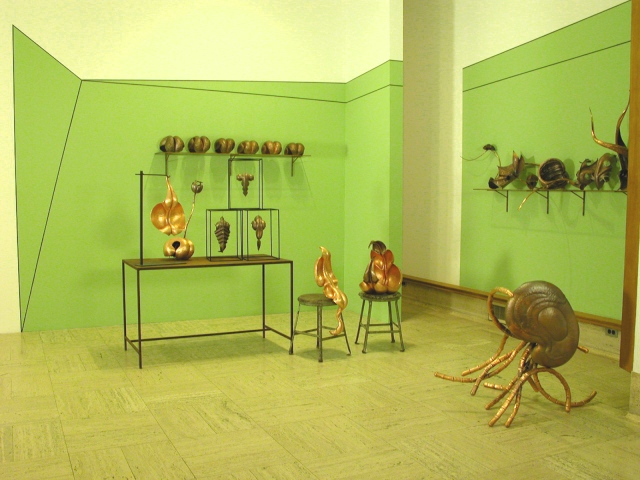 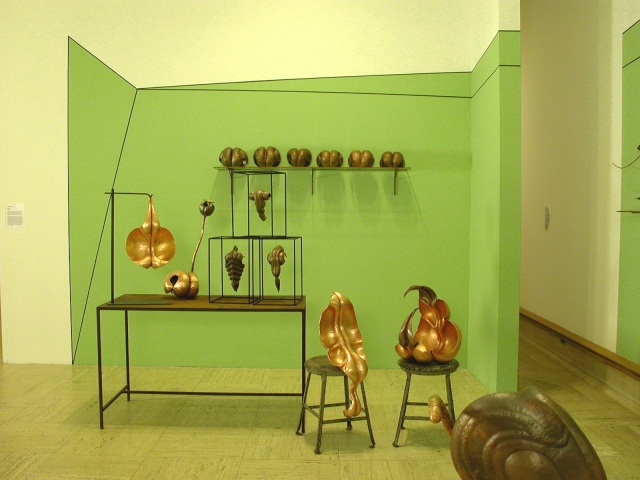 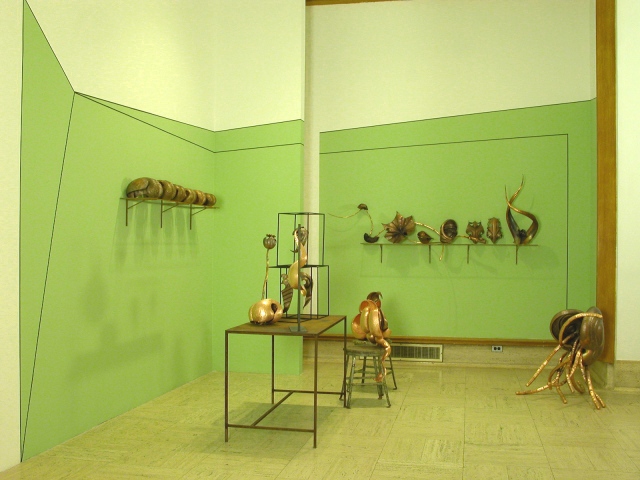 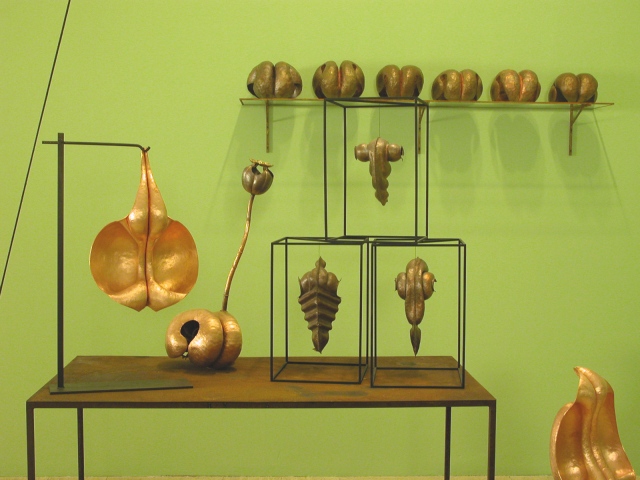 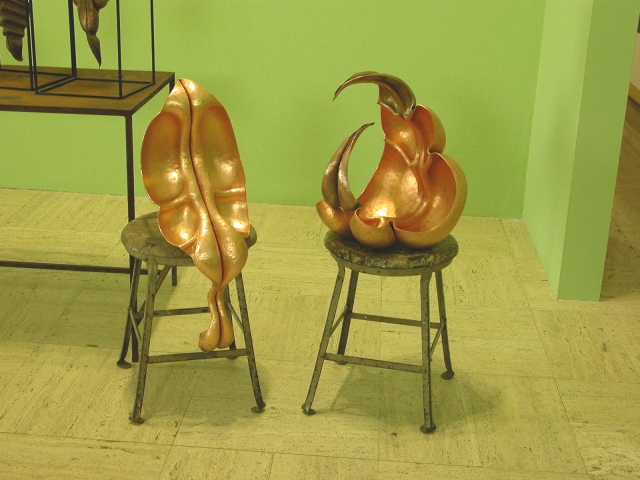 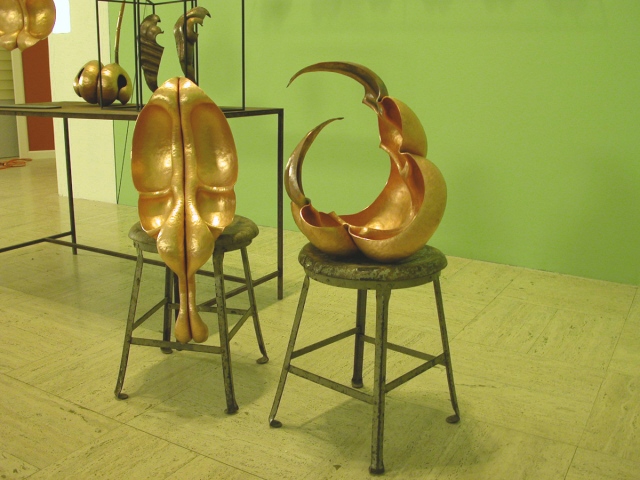 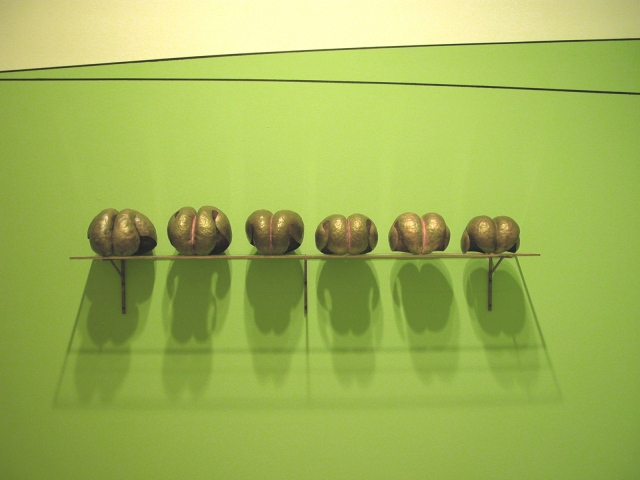 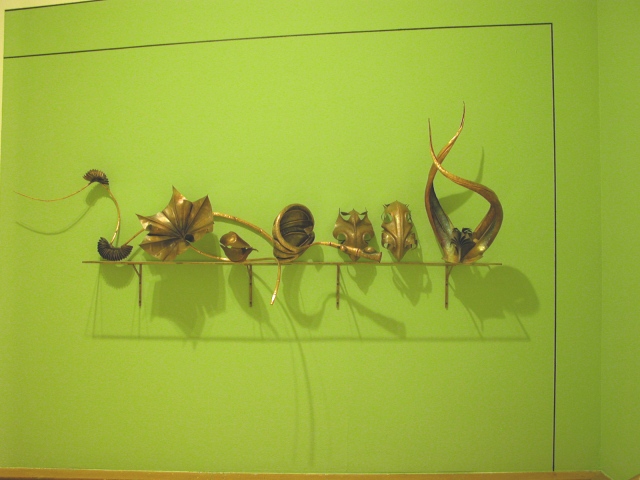 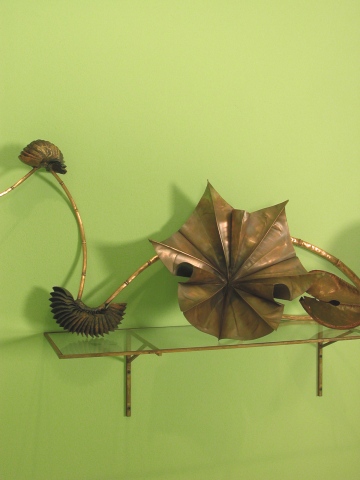 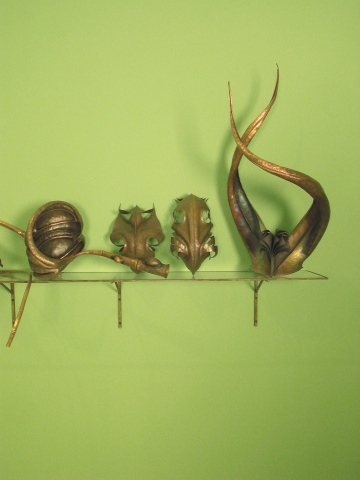 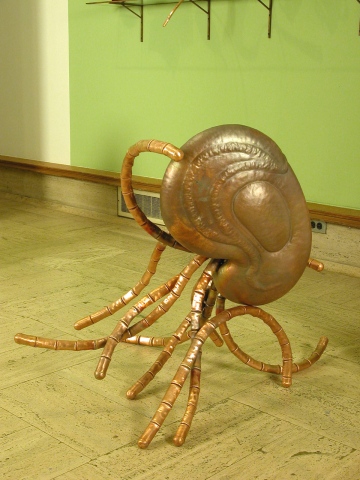 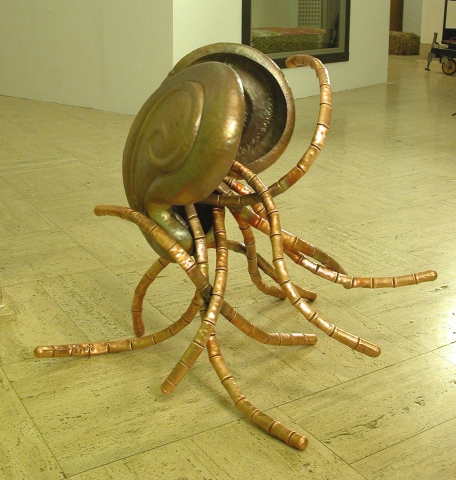 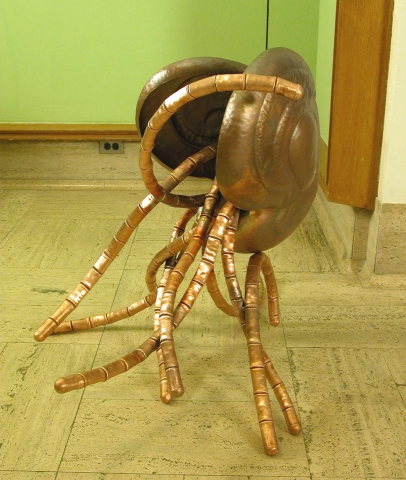 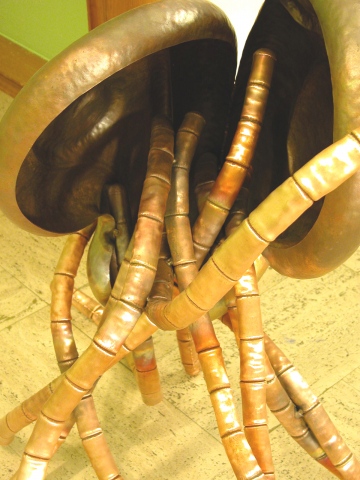