A major portion of Western science is devoted to the naming, ordering and classifying of things that have been discovered. Within this taxonomy there are structures that have been deemed strange, anomalous, or fantastic. These unfamiliar, sometimes frightening, bizarre objects are put on display in curiosity cabinets and museums for the viewing public. Mutations interact with this realm. These biomorphic forms were created from the same beginning pattern of sheet copper. Not unlike a grouping of species, each one has characteristics of its own. The objects are relatively analogous in size and form though each one has distinct variations. The most prominent similar characteristic is the central spine that exemplifies their bilateral symmetry. Viewed from the "front" these forms seem to be whole bodies, yet looking from any other angle suggests they are hollowed out shells or skins of a strange organism. This leads one to wonder if there is more than appearances indicate. KAI WOLTER, METALSMITH, KAIWERX STUDIO 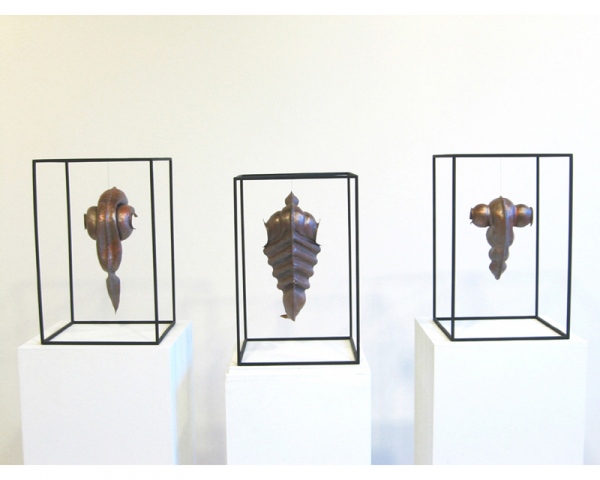 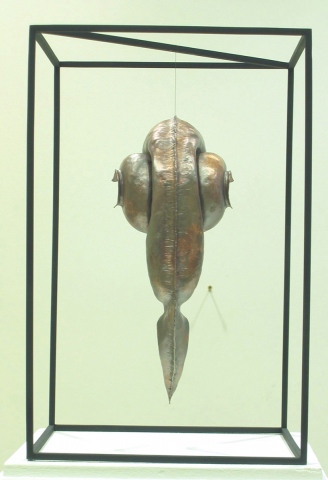 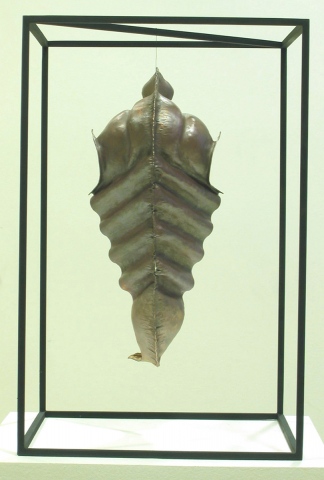 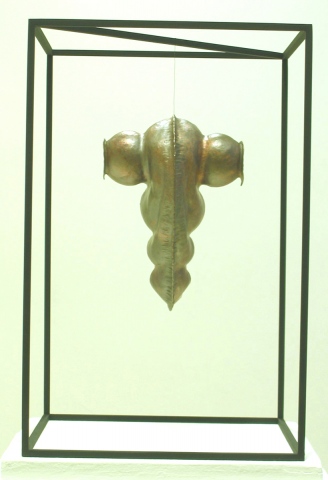